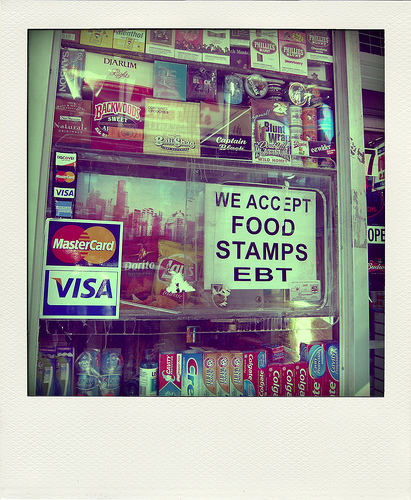 Liberals are all about the separation of church and state, until combining the two furthers the agenda, then they are all about it.

Rep. Jim McDermott (D-Wash.) told the Rev. Al Sharpton of MSNBC on Wednesday that Sharpton and the pope are “on the same wavelength.”

McDermott’s observation on what he perceives as the similarity between Sharpton and the pope came up in a discussion of food stamps.

“When Jesus had those five loaves and two fishes, he didn’t charge food stamps. He didn’t ask anybody how much money they had. He fed them because they were hungry, and that’s really where we ought to be,” McDermott said in response to Republican critics of the SNAP (Supplemental Nutrition Assistance Program).

This is incredible. Democrats really do think money just appears out of no where.