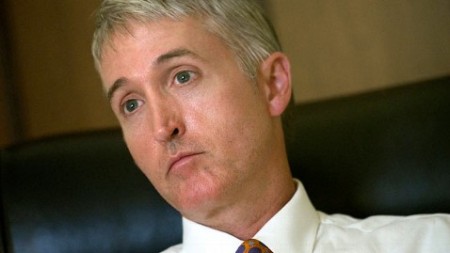 The investigation comes after POLITICO reporters and journalists at other outlets received two emails on Tuesday warning that Gowdy would be harmed because of his role in investigating the 2012 attacks.

The Capitol Police would not comment on the scope of the investigation but Officer Shennell Antrobus confirmed that there is “an active, open investigation.”

So, if you want to actually find out the truth about the murder of four Americans, including an ambassador, that’s worth killing you over.

Or, is it more about the threat to Obama’s legacy?

I’d wager it’s more the latter than the former.

See also: : Sen. Introduces Bill To Test Out Taxing Motorists For Every Mile They Drive