Live from Haiti: Blancs in Citae

Yesterday we went to a small village called Citae outside of Jacmel.

The journey there was an adventure in and of itself — there really aren’t any roads by American standards, more like paths wide enough for a car to get through. We drove through 3 rivers to get there, passing huts filled with women washing clothes, livestock, donkeys trudging through the rubble dumped along the way from Jacmel buildings. 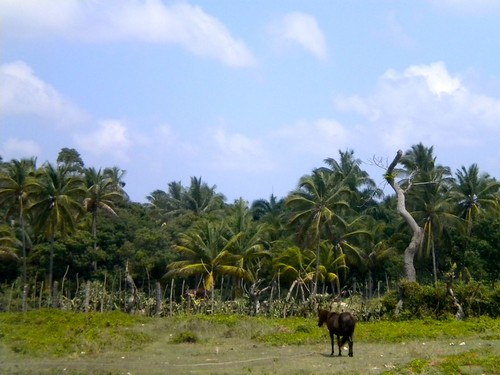 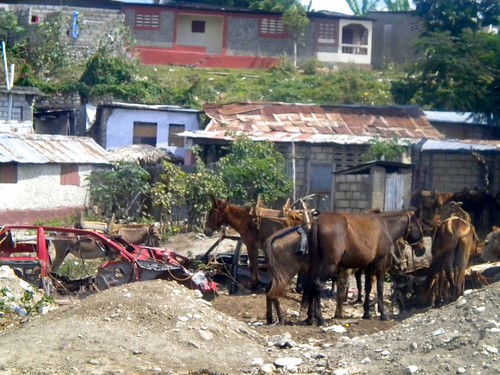 We arrived mid morning and uploaded the truck. Barton Brooks of Guerilla Aid is building a school in the town, and we set about building water filtration systems. It sits up on a mountain, right by the water, and the view is absolutely breathtaking. 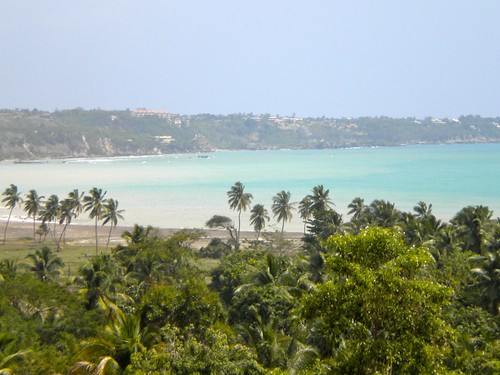 We rolled up into the village in the truck — a bunch of white people sticking out like a sore thumb in the tiny village. Citae is a village of about 200, and is a pretty isolated place. Barton decided to build a school there because it was one place that hadn’t been touched by any of the major relief efforts. The damage sustained from the earthquake was significant, but you could tell that they didn’t have much to begin with.

Little girl holding onto her cardboard frisbee for dear life. 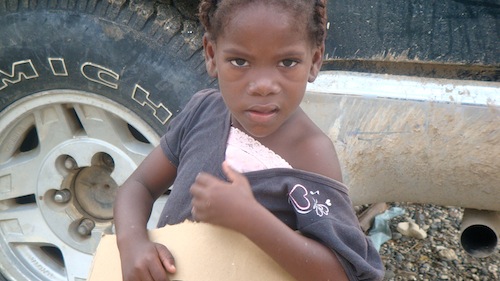 The Haitian women had set up a small table near where we were working and cooked most of the afternoon, in hopes that we would buy something. The kids ran around and played, making kites out of plastic bags and frisbees out of cardboard.

Boys playing with their kite. 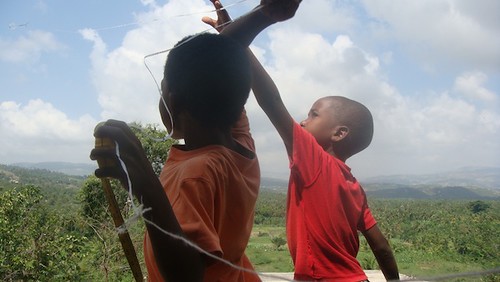 The teenagers and adults were incredibly helpful. They watched us carefully and the ones that weren’t busy working on the school carried things for us and were incredibly friendly and grateful. They were chatty, and many seemed to speak at least a few words of English. We managed to complete the water filtration units for every family in the village, which was a cool feeling. Clean water is obviously an issue, so giving them the power to make their drinking water safe is very much a life saving thing.

There was an old man with a sewing machine that worked diligently the whole time we were there. Clothes were strewn in the trees behind him to dry. He told one of our team members that his father had carried the sewing machine on his head from Santiago 34 years ago, and he’d held on to it ever since. The machine was on an old table that sat outside in front of his shack, and you could see the pride in his face when he talked about the machine. The rubble on the left side of the photo is what used to be his house. 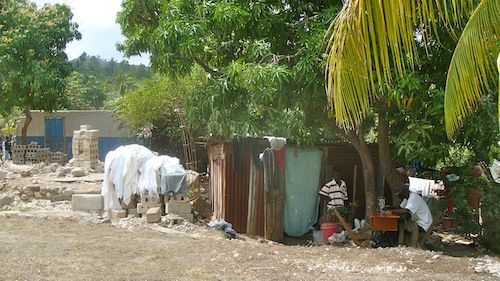 We walked through the village before we left, just to take in some of the beauty of the place. We were greeted with smiles and waves and a lot of bonjous — mostly thanks to Barton’s team who had broken the ice with the people who lived there. I heard the kids giggling and saying “blanc! blanc!” (“White! White!”)… and it made me laugh.

It was incredible to get away from the city and see how beautiful the people and the country really are, and to be able to hopefully have some impact on the lives of people we will probably never see again is something that we can’t take lightly.