Longtime Boyfriend Has House Burned Down by Mother of 3

“Hell hath no fury as a woman scorned” – William Congreve

This was certainly the case for the boyfriend of Connie Latraverse, who burned down the couples mutual domicile after she caught him ‘cheating’ – talking on the phone to another woman.

A Rhode Island mother of three allegedly burned down her house to spite her longtime boyfriend, one day after she caught him cheating.

Corrine Latraverse, 30 was indicted on charges of first-degree arson in Providence court on Wednesday for the incident which injured two firefighters and killed a cat.

A patrolling police officer was the first to report the fire that broke out in the Woonsocket house around 4pm on March 15.

Officer Scott Breguet found Latraverse with her three children – ages two, nine and 12 – safely outside the home with their two dogs.

Latraverse’s hair was singed and she had burn marks on her jacket. The family was taken to Rhode Island Hospital and treated for smoke inhalation.

Though it was a multi-family building, no one else was inside at the time of the fire.

Another witness said the couple living in the apartment had been having ‘domestic issues’ and had bought the property to ‘fix things’ after they both cheated on each other.

Latraverse allegedly got into a fight with her boyfriend of 15 years the day before the fire when she caught him talking on the phone with another woman. 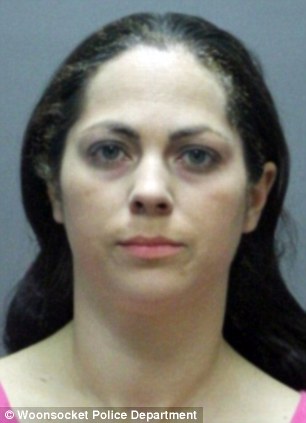 The 30 year old at least had the sense to get her children and pets to safety before dousing the home in gasoline. The family needed treatment for smoke inhalation and the fire caused injury to 2 firefighters. More here.[2]

Ms. Latraverse is in jail on arson charges. Hopefully she will receive the mental health she needs to sustain a less damaging way of dealing with infidelity. The pair have apparently reconciled. Best of luck with that.