This is an example of law at it’s finest: A girl is being sued by her molester even though she has him on tape apologizing for molesting her.[1] 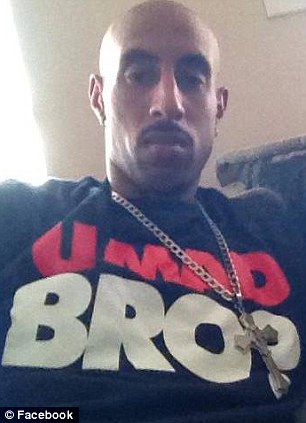 A man who allegedly admitted to molesting his cousin when she was 13 is now suing her for defamation and stalking. James Rashawn Johnson is petitioning for a civil injunction to stop his cousin Ashley Foster using his name or photographs when she tells her story of how she was molested. Foster, 23, claims Johnson molested her for six years until she was 19, but he was never prosecuted because when she reported him two years ago, too much time had passed since the alleged offense. Refusing to back down, Foster launched an online campaign to eliminate Florida’s statute of limitations in cases like hers, and used her cousin’s name and pictures.
Johnson wants her to stop identifying him because he has never been charged.

‘My picture appeared on Facebook as ‘a predator’, which I have never been arrested, prosecuted, or convicted of,’ he wrote in a statement filed in Broward County court, according to WPTV. Johnson, a father, has not commented publicly on the case. Foster, however, said she refuses to be silenced and would only stop using Johnson’s image and name if ordered by a court.

‘I felt re-victimized now,’ the Boynton Beach woman told WPBF. ‘I have a First Amendment right to tell my story. And he made my story.’

Foster said she kept her alleged abuse a secret until two years ago because she was afraid of her family’s reaction. After telling her mother, she allegedly recorded Johnson admitting his crime and apologizing. She took the recording to Boynton Beach Police who, according to WPTV, had a strong case against Johnson but couldn’t prosecute because the statute of limitations had run out just 60 days before.
Last year, she started a Facebook page, Ashley’s Law – and an online campaign – to change state law to eliminate the statute of limitations in cases like hers. It worked. She told her story to Florida lawmakers who passed the bill, with the governor signing Ashley’s Law on April 1.

The purpose and effect of Statutes of Limitation is to protect defendants from a time lapse that a defendant might have lost evidence to disprove a stale claim. In this case there is an actual recording of the man admitting to his raping this girl over and over since she was 13 yrs old. Got to love the law.