Well, this story [1]brings back bad memories of the Ariel Castro case. Apparently, a man held a 12-year-old relative captive in a shack for 15 years, sexually abusing her and forcing her to work for him. 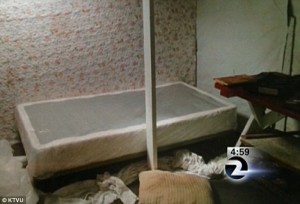 The woman was held from 1998 until she escaped in August 2012 after being convinced to flee by her siblings.

On August 16 two years ago, she told her captor that she was going to a restroom and ran from the home.

She was taken to Richmond police station by a waiting car.

Police were initially confused because the 27-year-old woman described herself as a runaway and wanted to go to another city.

After asking more questions, the officer quickly realized that the young woman had suffered a horrifying catalog of abuse. Ochoa was arrested a short time later.

Here’s to hoping this creep gets the book thrown at him.