It is impossible to imagine someone being sexually aroused by cow poop but there’s a man for every crime.[1] 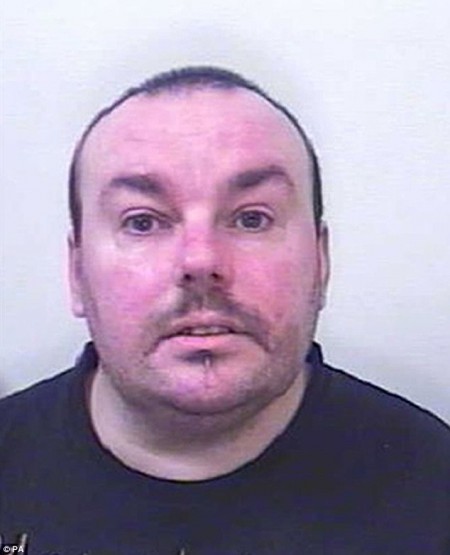 A man with a fetish for rolling naked in cow manure has been sentenced to five years in jail after he threatened to kill a family when they asked him to stop using their farm. David Truscott, 43, became obsessed with Woodbury House Farm near Redruth and carried out an eight-year campaign against the family when they tried to prevent him from using their land. He threatened to burn down the farm in West Cornwall and to attack owner Clive Roth, his wife Jackie, and their family.

His hate campaign started in 2004 when he was caught rolling naked in cow pats and then banned from the property after stripping off and climbing into a spreader. Mr Truscott removed cow pats from the farm and began entering the farm to masturbate while rolling around in slurry, Judge Philip Wassall told the court on Friday. And when farmers Clive and Jackie Roth attempted to stop him by removing slurry from their fields, he became enraged. He set light to the milking parlour in revenge torched a tractor, shed and hay and was jailed in 2005, 2009, and 2011.
In September 2009, he received a 16-week sentence after he stripped naked in the cattle pen, released the cattle and climbed into the slurry spreader. On his release, Mr Truscott returned to the farm and sat naked in cow faeces, and was jailed for a further 20 weeks.

But whilst staying at a hostel in Exeter, he made a series of chilling threats about how he wanted to take revenge on the family by burning their farm and tying their 17-year-old son to a tree. Mr Truscott spent a few weeks at another supported hostel in Somerset where staff allowed him to indulge in some aspects of his fetish, but he became angry and upset after being moved to Exeter, where he could not continue.

He was being treated for a type of autism. The court heard how his threats have had a devastating effect on the Roth family and the farmer is now seriously ill, while his wife and family say his vendetta has affected their work and their lives.

Anyone would become a mess after being stalked by a crazy poop obsessed guy like this.
Also,
‘Winking Murderer’ who threw his daughter into a river strapped to her car seat doesn’t apologize for killing toddler[3]