The Obama administration has sent troops to rescue the kidnapped Nigerian girls, which is not a bad thing at all. But he’s also refusing to lift a finger to help a Marine being held in a Mexican prison. 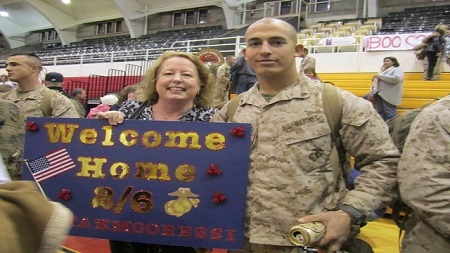 The mother of Sgt. Andrew Tahmooressi, 25, went with Fox News‘ Greta van Susteren to the Mexican prison where her son is being held. He was arrested in Mexico in late March when he said he mistakenly crossed the border with weapons in his vehicle.

Jill Tahmooressi tells Greta about the humiliation she had to endure while being strip-searched, in order to see her son. She has started a White House petition in an effort to get the administration involved in the matter. So far, she says, she has heard nothing from President Obama.

Meanwhile, rallies are being planned at Mexican consulates around the country to encourage the release of Sgt. Tahmooressi.

It’s worth noting the massive differences between the two countries. In the United States, we catch and release illegal immigrants for all manners of crimes, as well as supply Mexican cartels with weapons, whereas in Mexico, an American can languish in a shoddy prison for taking a wrong turn on an interstate.