At mid-week the AP published a poll [1]announcing that President Obama’s approval rating had sunk into the 30s at 37%.:  That evening neither of the broadcast networks, CBS, ABC, and NBC ran a story to report it.:  The corrupt media totally ignored the 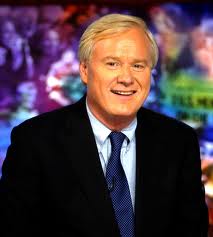 However, President Obama didn’t ignore it and all of a sudden after telling the country that he wasn’t going to “negotiate” with extortionists Republicans, called House leaders to the White House for a meeting to “talk”.

That wasn’t a coincidence!

Then like magic an NBC pol[3]l, that’s right the same news organization that routinely edits video tapes to suit their particular agenda, comes out with a heavily skewed poll (20% of those polled were Fed employees) stating a overwhelming majority of Americans blamed the GOP for the shutdown.:  And it’s been a non-stop parade of attacking Republicans and Ted Cruz ever since.:

In fact when I googled “Obama’s 37% approval rating[4]” it generated a measly 103,000 results.: : :  But, when I googled “poll blaming Republicans[5] for shutdown” not only is the bogus NBC poll the first thing that pops up, the search generated an eye popping 132 MILLION results.:

This is not objective journalism.:  It’s a propaganda campaign straight out of the Obama White House in collaboration with an adoring media that will say anything to protect their beloved master.: :