After all of the human interest stories I’ve written I’m still shocked at the level of mental insanity exhibited by grown adults. No one knows why Megan Huntsman decided to murder her newborn babies but the tale is gruesome with only a few facts gathered.[1] 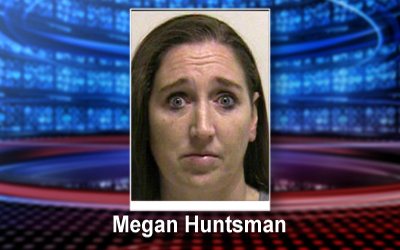 Authorities say a Utah woman accused of killing six babies that she gave birth to over 10 years told investigators Monday that she either strangled or suffocated the children immediately after they were born and then put them inside boxes in her garage.

According to a probable cause statement released by police Monday, Megan Huntsman, 39, said that between 1996 and 2006, she gave birth to at least seven babies at her home and that all but one of them were born alive. The statement said each baby was wrapped in either a towel or a shirt, and placed in a plastic bag.

Police arrested Huntsman Sunday after discovering the seven dead babies at the home in Provo. The Salt Lake Tribune reported that police were called to the house Saturday by Huntsman’s ex-husband, who had discovered the body of a newborn infant who appeared to be at full term. Police obtained a search warrant for the house and discovered the bodies of six more babies packed in boxes in the garage.

Roberts said police believe West and Huntsman were together when the babies were born. On Monday morning, State Judge Steven Hansen set bail at $1 million for each child when Huntsman appeared via video in a Utah courtroom.

The gruesome case has raised a series of questions about how the killings occurred despite Huntsman carrying out what neighbors seemed like a normal existence. Police declined to comment on a motive and what Huntsman said during an interview with investigators.

Huntsman also has three daughters — one teenager and two young adults — who lived at the house.

I hope the authorities can get this sorted out quickly so the three surviving daughters can get on with their lives after taking this sordid turn.