I watched this video and I screamed at the screen to make the man stop beating his dog who had made a mess of garbage on the floor. I stopped the video halfway through because I was crying too much, but you should see for yourself how this evil Louisiana man punishes his dog.[1] 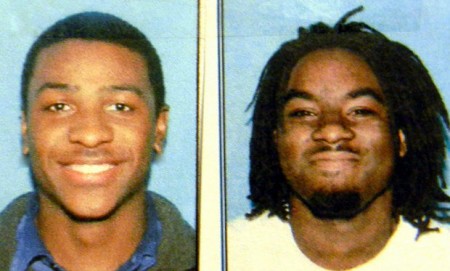 A Louisiana man was arrested on charges of aggravated cruelty of an animal after a highly disturbing video showed him beating his dog until the animal was seemingly unconscious.

The graphic footage, released by the St. Bernard Sheriff’s Office, shows 21-year-old Asani Woods, of Violet, La., lifting his pit bull off the ground by its neck before shoving the dog’s face in the trash, which she had apparently gotten into.

After ordering the dog, named Tiger, to look at the trash, Woods started beating the animal with a boxing glove on his hand and kicking her. The dog cries out while she is continuously beaten.

The man is then seen picking up the dog and throwing her across the room and then violently slamming the dog on her back.

The video ends with Woods telling the dog not to get into the trash “one more time.”

You can watch the video below (WARNING: EXTREMELY GRAPHIC AND DISTURBING CONTENT):

The beating reportedly occurred in December and Woods was arrested on March 28, according to the St. Bernard Sheriff’s Office. The animal survived the brutal assault and Woods later dropped the dog off at an animal shelter.

“The sheriff said the shelter reported a pit bull named Tiger was euthanized there in January, saying the owner had complained the dog was overly aggressive,” the report adds.

The man filming the disturbing incident, identified as Johnny Dominick, is heard laughing at times and warning Woods that he’s going to kill the animal at others.

Initially arrested on drug-related charges, Dominick was later charged with being an accessory to aggravated cruelty of a dog after police found the video on his cellphone.

I’m sure this is just another welfare recipient who encourages the women he impregnates to have abortions. This dude should be put down as overly aggressive (like he did to his dog) because I doubt this dog was his only or will be his only victim… people should start interviewing his girlfriends and babies mommas. Only a sick person who has desensitized themselves to others suffering could go this far and throw this crying dog across the room twice. Tell all your daughters and your sisters to watch this video and stay away from Asani Woods.