Michelle Fields to Juan Williams: Why Don’t YOU House the Illegal Immigrant Children?

Liberals are the kings of NIMBY — not in my backyard. They’re all about forcing people to pay for the causes they support, without ever being willing to pay a penny themselves, and one such liberal just got called out for that hypocrisy on Fox News. 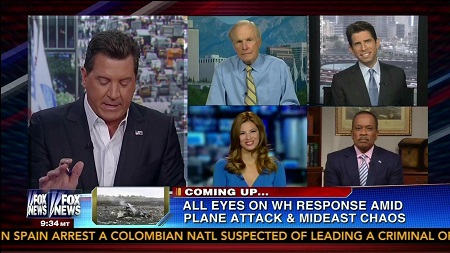 The lovely and intelligent Michelle Fields finally got to say to Juan Williams what we all would love to yell at a liberal whining about the illegal immigrant child crisis — why don’t you personally pay and house them?

Don’t think this is just a rhetorical point either — in the abortion debate, liberals often accuse religious people of forcing women to keep their unwanted children but not being willing to help them. In our case, that’s just not true since so many churches help single mothers and other poor people.

Oh and if anyone wants to try to call Michelle Fields racist for her opinion on immigration, keep in mind her family immigrated legally from Honduras — yeah, that Honduras.

Liberal politicians have been all about forcing Americans to take in the thousands of illegal immigrant children that have been invading our country, but have also fought tooth and nail to keep them out of their neighborhoods. They preach constantly about needing to welcome these children to America and giving them safe housing, but what the filthy little hypocrites actually mean is that someone else needs to do it.