Mississippi governor Phil Bryant says he will sign The Religious Freedom Restoration Act, which protects residents from state laws or local ordinances that violate their religious freedoms[1]. It passed 79-43 in the state House of Representatives and 37-14 in the Senate on Tuesday. 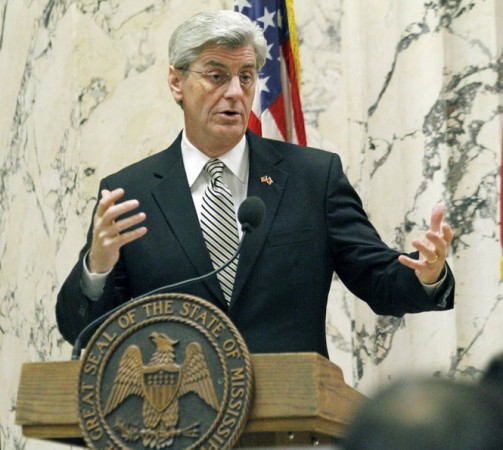 Predictably, the ACLU is trying to butt in, claiming the bill “legalizes discrimination.”

Critics say the measure legalizes discrimination, giving businesses the right to refuse service based on religious objections. They warned scenarios such as the Colorado cake-shop owner who refused to bake for a gay wedding last year could become commonplace in Mississippi.

The American Civil Liberties Union accused lawmakers of ignoring the public outcry against such measures. It noted legislators in other states, including Georgia, Idaho, Maine and Ohio, had rejected similar measures and Arizona Governor Jan Brewer vetoed her state’s version of the bill in February.