What the heck is going on with this government? This is a very series issue that they slickly dumped the news on a Friday. : This is bigger news than Lebron James going back to Cleveland. But, I already know it won’t be treated that way. 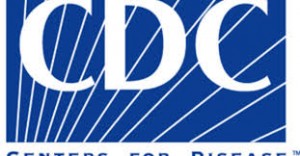 The incidents[4], which raise troubling questions about the government’s ability to safely store and transport dangerous microbes, prompted the Centers for Disease Control and Prevention to halt operations at its bioterrorism rapid-response lab and an influenza lab and impose a moratorium on any biological material leaving numerous other CDC labs.

“These events should never have happened,” CDC Director Thomas Frieden said Friday in a conference call with reporters. The American people “may be wondering whether we’re doing what we need to do to keep them safe and to keep our workers safe,” he said. “I’m disappointed, and frankly I’m angry about it.”

No one became infected or fell ill in those incidents, and all the organisms were safely disposed of, Frieden said.

The CDC disclosed the incidents in a report Friday [5]detailing safety lapses that occurred last month,[6] when as many as 84 workers may have been exposed to live anthrax after employees unknowingly sent samples of the bacterium from one CDC lab to other CDC labs.

Originally posted at The Last Tradition[8]