National Voter Fraud Numbers May Have Reached 1 Million in 2012, Based on North Carolina Study

The Voter Integrity Project of North Carolina found that in 2012, tens of thousands of people committed voter fraud in the state, and the national number may have reached one million[1]. 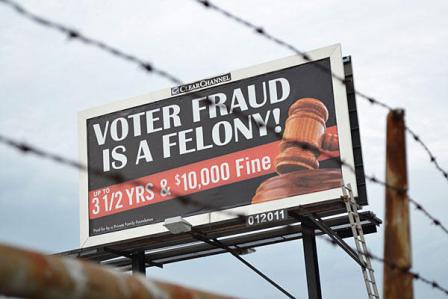 A shocking 35,750 people were found to have likely voted in North Carolina and one other state.

The duplicate vote finding is based on the people who voted in North Carolina having the same first and last names and the same birth dates as those voting in other states. In 765 cases, the last four digits of the voters’ Social Security numbers were identical as well…Past allegations of fraud have all been based on voter registration data, indicating a vast potential for fraud, but without proof of actual double voting, there’s no hard evidence. But the North Carolina study focused only on those who actually cast ballots – far more important criteria.

In the meantime, Democrats continue to insist that voter fraud is a “myth,” and a “racist” one at that. But Jay DeLancy, executive director of the Voter Integrity Project, says the evidence from the study is strong enough to warrant prosecutions.