Newark Resident Calls out Corey Booker on verge of becoming Sen. for the mess he’s made of Newark New Jersey 10 murders 10 days 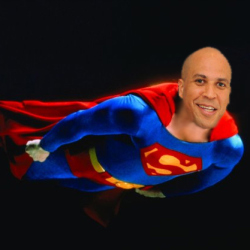 [1] Booker has been a terrible mayor for the city of Newark New Jersey!: :  He’s nothing but a progressive media sensation with no substance whatsoever!: :

But, thanks to the same corrupt media that pulled off:  the biggest fraud in the history of U.S. politics by portraying a community organizer as qualified to be president, they’re at it again by pushing Coery Booker for the U.S. Senate.: :

Don’t take my word for it.:  Listen to this Newark resident eloquently explain what’s really going on in Corey Booker’s city.: : :