The push by progressives to make the immoral mainstream never stops. They are like a dog with a bone wanting to remake society and the culture. A few days ago I reported on how an upcoming MTV show, HappyLand,[1] contains an incest storyline. A cast member of the show was quoted as saying, “Incest is hot![2] We’re going to have some fun!” These are the tactics used by Liberals via the media to desensitize the public and change their views. It’s a subtle form of indoctrination that has been very successful over the past 40 years. 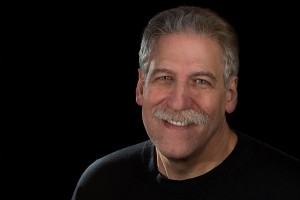 “Why any sexual acts committed by consenting adults should be considered a crime. After all, love is love, right?”

Gay activists constantly tell us that there’s no such thing as a slippery moral slope and that the acceptance of homosexuality will not lead to the acceptance of other sexual practices, such as incest. The facts prove otherwise, and it is clear that we are rapidly sliding down the very slope whose existence they deny.

As I continually chart our society’s moral free fall, the term that best describes our current condition is sexual anarchy, where men can have sex with men just as well with women, where sex outside of wedlock is just as acceptable as sex within wedlock, where marriage doesn’t necessarily mean monogamy and where longstanding social taboos are cast off.
Already in 2007, Time magazine raised the question, “Should Incest Be Legal?”[6] The article noted that critics of the Supreme Court’s Lawrence v. Texas ruling in 2003, which struck down Texas’ anti-sodomy law, argued that the ruling would lead to attempts to legalize same-sex “marriage” and polygamy. “It turns out,” Time observed, “that the critics were right,” adding that plaintiffs were now “using Lawrence to challenge laws against incest.”

Not surprisingly, in December, 2010, when Columbia University professor David Epstein was arrested for a three-year, consensual affair with his adult daughter, his attorney said, “It’s OK for homosexuals to do whatever they want in their own home. How is this so different? We have to figure out why some behavior is tolerated and some is not.”

In keeping with the spirit of the age, some Columbia students asked why any sexual acts committed by consenting adults should be considered a crime. After all, love is love, right?

Originally posted at The Last Tradition[8]