Not a chokehold: Truth of the Garner arrest by former NYPD Det. Bo Dietl,

My first post on the Eric Garner death I said it looked like a wrongful death. However, I also said whatever happened that day Eric Garner died, it will be up to the medical experts at trial explaining to a jury that will be the finders of fact.

Since then a debate has raged as to whether the NYPD Cop sed a choke hold or a head lock. There are significant differences between the two and retired Det. Bo Dietl gives his expert 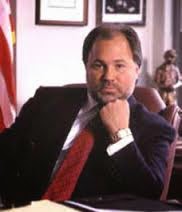 It wasn’t a chokehold.

That’s just the biggest single distortion in all the talk about the Eric Garner case, in which the public has been misinformed and misled from the start.

The Rev. Al Sharpton has never had to put himself in harm’s way to protect our streets against crime, as our police officers do every day. He’s in no way qualified to stand on his soapbox and dictate procedures.

I spent decades in law enforcement. During my time with the NYPD, I was responsible for over 1,400 felony arrests – any of which could’ve required the use of deadly physical force.

Volunteering to be a decoy cop in the 1970s, I was the victim of more than 500 muggings, about 30 of which injured me seriously enough that I was hospitalized. I wound up in countless physical situations and was always able to get the perp into cuffs.

Now, as owner of a security company here in the city, I consult for police departments across the country.

I’ve served as co-chairman of the National Crime Commission and chairman of the state Security Guard Advisory Council. I have extensive experience when it comes to police procedure, safety and security.

So I speak with some authority on the events surrounding Garner’s attempted arrest and death.

It’s tragic that a life was lost, but I’m outraged at how this incident is being used to hobble the NYPD.

The officers who approached Garner were responding to community complaints about his ongoing activities. When he grew uncooperative and resisted arrest, they followed protocol on taking him into custody.

Officers are required to be as quick as possible in getting a perpetrator into custody so that he has no chance to injure the officer, innocent bystanders or himself.

Garner was 6-foot-3 and 350 pounds. Using a headlock to bring down a man of that size was appropriate.

Headlocks are used in thousands of arrests each year, especially of individuals not cooperating with the police. I used the maneuver in dozens of arrests.

And it was a headlock, not a chokehold. To be a chokehold, there must be constant pressure on the person’s neck, compressing his windpipe or cutting off the flow of blood to the carotid artery, rendering him unconscious.

Watch the video: It’s obvious that the arresting officer put his arm around Garner’s neck to bring him to the ground – but once Garner was on the ground, he was still conscious and able to say he couldn’t breathe.

The video is far from being cut and dried as to what happened to Eric Garner and who is responsible for it.