Obama’s court nominee David Baron is not afraid to use drones on U.S. citizens.[1] 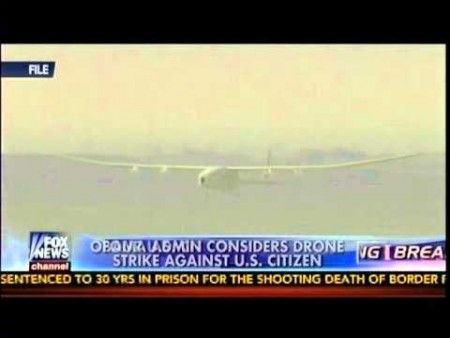 Harvard Law School scholar David Barron is an Obama administration nominee for a federal appeals court. He is also the author of government memos that make legal justifications for killing U.S. citizens overseas with drone strikes, which is why his selection to the U.S. First Circuit Court of Appeals has been delayed.

The White House has agreed to allow lawmakers to review at least one of the drone memos after U.S. senators and the the American Civil Liberties Union expressed concerns, technology website Ars Technica reported Wednesday.Some Democrats, including SenateJudiciary Committee chairman Senator Patrick Leahy of Vermont, say it isn’t Mr. Barron’s memos, but political theater, that is tying up his selection.

“Senate Republicans have consistently blocked most of President Obama’s judicial nominees so it comes as no surprise that they continue to do so with this nominee. David Barron is a brilliant lawyer who is committed to public service,” said Sen. Leahy, Ars Technica reported.

“Based on his entire career as a lawyer, I am confident he will be an excellent judge on the First Circuit. I supported David Barron’s nomination in the Judiciary Committee and I look forward to supporting his confirmation on the Senate floor.”

The nomination of Mr. Barron was sent by the SenateJudiciary Committee to the full Senate in January, where it has languished.
The ACLU’s response stands in stark contrast to Sen. Leahy. The organization said the memos “written or signed by Mr. Barron helped form the purported legal foundation for a large-scale killing program that has resulted in, as Senator Lindsey Graham, South Carolina Republican, stated last year, as many as 4,700 deaths by drone attacks, including the deaths of four American citizens …” Ars Technica reported. At the time Ars Technica’s story was published, Mr. Barron had not responded for comment.

Sadly some people in government are not afraid to break the Constitutional Civil Rights of American citizens. The 5th and 6th Amendments would be directly violated in a drone strike as it violates the right to be innocent until proven guilty and the right to a fair trial as drone strikes bypass the courts. This just proves that when government is big it can lose touch with who it serves.