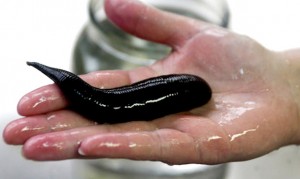 A leech. It feeds on what you create.

Food stamp rolls have been growing rapidly. But what many may not realize is that participation among able-bodied adults without dependents (ABAWDs) has been skyrocketing compared to the total number of participants. That’s just one reason Congress should reform the food stamp program in the farm bill now under consideration. In just four years, the number of able-bodied adults without dependents (ABAWDs) on the food stamp rolls skyrocketed by over 2 million. While overall food stamp use grew by 53 percent between Fiscal Year 2007 and Fiscal Year 2010 (from about 26 million to nearly 40 million),: it more than doubled among able-bodied adults without dependents during this time—from 1.7 million to 3.9 million—an increase of : roughly 127 percent[3].:  Food stamp spending today is roughly $80 billion, double what it was in Fiscal Year 2008.

Going forward, food stamp policy should ensure that resources are going to those most in need – particularly at a time when budgets are tight for so many Americans Able-bodied recipients should be encouraged to work. This way, help is available to those who truly need it, while at the same time individuals are encouraged to do what they can to help themselves.

Congress has the opportunity now to reform food stamps[4]: as policymakers debate the farm bill. The House’s current proposal makes some steps towards encouraging work, but it is yet to be seen whether the House will maintain the work component of their proposal, or if they will fold on this important matter.