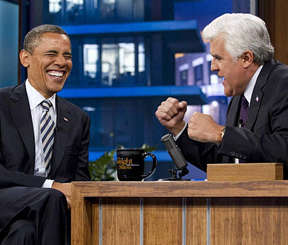 [1]Yesterday I blogged a simple question the White House press corps didn’t have the cajones to ask President Obama:

“Why did Obama announces proposals to reform NSA [2]surveillance if we don’t have Domestic Spying Program?”:

: Nevertheless it took somebody from across the ocean to connect the dots and draw an obvious conclusion the corrupt media dared not utter.:  That person is Julian Assange and his comments should put the American press and the president:  to shame.

Today the President of the United States validated Edward Snowden’s role as a whistleblower by announcing plans to reform America’s global surveillance program.: : But rather than thank Edward Snowden, the President laughably attempted to criticize him while claiming that there was a plan all along, “before Edward Snowden.”: : The simple fact is that without Snowden’s disclosures, no one would know about the programs and no reforms could take place.: : As Thomas Jefferson so eloquently once stated, “All tyranny needs to gain a foothold is for people of good conscience to remain silent.”: : Luckily for the citizens of the world, Edward Snowden is one of those “people of good conscience” who did not “remain silent”, just as Pfc Bradley Manning and Daniel Ellsberg refused to remain silent.

This is a pretty powerful broadside to President Obama that should’ve occurred on this side of the Atlantic.: