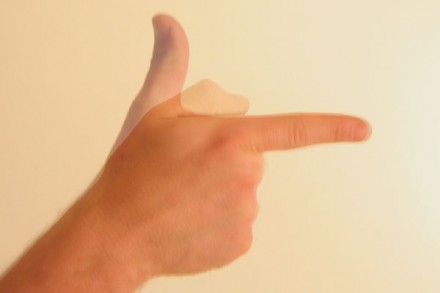 A central Ohio principal says she suspended a 10-year-old boy from school for three days for pretending his finger was a gun and pointing it at another student’s head.

The boy’s father says he thinks it’s the adults who are acting childish after the boy was suspended from Devonshire Alternative Elementary School in Columbus last week.

The fifth-grader said he was “just playing around.” But district spokesman Jeff Warner tells The Columbus Dispatch: that Devonshire Principal Patricia Price has warned students about pretend gun play numerous times this year, and everyone should know the rules by now.

Imagination? : There’s no place for that in the Educational Industrial Complex. : It gets in the way of the indoctrination.