It is awesome to watch states exercise their sovereignty. Oklahoma has joined the crowd of States telling the Federal Government that they will not be bullied or bribed to accept Washington D.C.’s idea of what DC thinks education should be as OK abolishes the Common Core standards.[1] 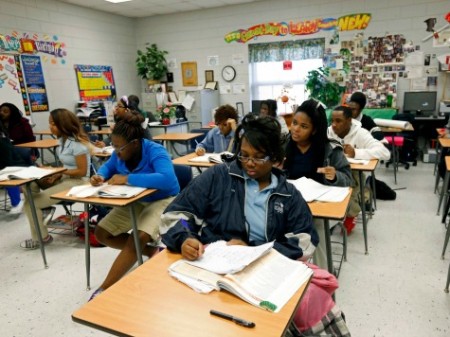 The Oklahoma Senate Education Committee has passed a House bill out of committee that will essentially abolish the state’s Common Core standards, yet the bill may be seen as less than perfect by Common Core detractors. Earlier in March, the State House passed HB3399, a bill sponsored and introduced by Oklahoma Speaker of the House Jeff Hickman, that would repeal the federal standards that the state put into place in 2010.

Upon introduction, the bill passed by the House was hailed by anti-Common Core activists as the only bill that might be able to put a halt to the disliked federally-controlled education scheme. On March 25, the Senate committee passed the bill to the floor in an 11 to 0 vote.

“The committee substitute for House Bill 3399,” The Oklahoman reported, “approved Monday would replace Common Core English, language arts and mathematics standards with new ones to be developed and adopted by the state Board of Education by Aug.1, 2015.”

Supporters of Common Core were despondent over the Senate Committee’s decision, but Oklahoma’s Republican Governor Mary Fallin said she felt the bill would accomplish its goals and be signed into law. Last year, Fallin followed the lead of several other of the nation’s governors by affirming in an executive order that her state wanted no part of federally enforced education standards and instead wanted state controlled standards.

But, while Common Core opponents felt that the bill was the best they could get, there were some notes of caution.
Jenni White of Restore Oklahoma Public Education (ROPE) issued a press release supporting the bill, but her statement contains several caveats showing that her support is conditional. This could signal that Common Core opponents are skeptical of the bill.

What do you think about Common Core? Will it impact whom you vote for in 2014 and 2016? Let us know! Take the Right Wing News survey on Common Core. [3]