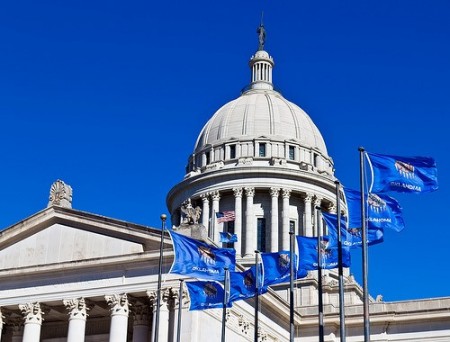 [2]
Fallin said Oklahomans are “capable of developing our own academic standards that will be better than Common Core.”

“Now is the time for Oklahomans — parents, citizens, educators, employers and elected officials — to unite behind the common goal of improving our schools. That begins with doing the hard work of building new, more rigorous Oklahoma standards,” Fallin said.

“President Obama and Washington bureaucrats have usurped Common Core in an attempt to influence state education standards. The results are predictable,” the governor continued. “What should have been a bipartisan policy is now widely regarded as the president’s plan to establish federal control of curricula, testing and teaching strategies.”

Oklahoma is just the latest state to resist this government overreach we call “Common Core.” Fallin is right to believe that Americans are perfectly capable of educating their children at the local and state level, without the feds butting in.

Also see: An Interview With Warren Farrell, The Author of “Why Men Are The Way They Are”[3]