On Atlas Shrugged, The Movie

I was right. Anybody who watches the movie[1] first without reading the book is making a dreadful, dreadful mistake. At least catch the Cliff’s Notes[2] fer cryin’ out loud.

As far as the people who read it, it seems everyone gets a different experience out of it. Whatever made an impression on you, and wasn’t quite captured to perfection in the screenplay, might sour you a bit. But that is an unalterable circumstance. Once you cut some slack for this, and I think this is only just reasonable, you must conclude this was a very, very decent cut. Could have been a lot worse. 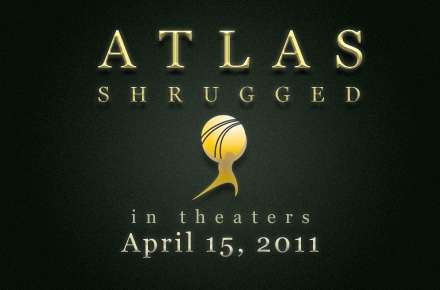 There is no Dan Conway. From what I remember in the book, he was present only for a single scene. There are other characters who are much more important than Conway, and some of those are missing as well. But I think some of the story flow was left out. And the final cut clocks in at barely a hundred minutes, so I don’t understand why. Some of the scenes feel a bit rushed. But this comes under the heading of “how could it have been made a tiny bit better?” and not “how come the movie sucks so badly?” This doesn’t suck, not by a damn sight; it’s quite good.

Just left wondering what it would’ve looked if Francis Ford Coppola directed it, is all. Or Peter Jackson. Two characters meet for dinner — they will exchange some lines that will become critical to some plot point later — well, they jump right into the lines then the scene ends. Uh, why? The audience is never left guessing at what will become important. But they’re left guessing what it means, if they don’t already know. For this reason, I expect some exasperated reviews from people who didn’t read the book. And the people who did read the book, are treated to an abbreviated reading with some acting, nothing more. I don’t see the need for the rushing around. Makes it feel a little bit like a finger puppet show.

At the end, a whole fistful of legislation is announced by Wesley Mouch speaking at a podium. Okay…but again, the story flow was bleached out a little. Why did any of this seem like a good idea? The book covers this extraordinarily well. James Taggart, as the leader of the Looters, personifies not only the non-producers who grab at the levers of power and ruin the free market for their unscrupulous ends, but the twits and the dupes who fall for the speeches, as well. He makes the speeches and you can see him believing his own nonsense. There are real people walking around just like this. The book version of Taggart captured that. In the movie, he’s reduced to being a spoiled ineffectual grown-up whelp ruining daddy’s railroad company — which he is, but when he doesn’t bring any more than that it cheats the final product out of something.

I don’t have a problem with Eddie Willers being black. But I do have a problem with him being weary. In the book, he was a stammering nervous-Nellie type, much like a typical Ayn Rand villain, but with the integrity, values and capacity to learn how to run a large business. His purpose there was to act as a foil against Dagny so the message could get out that if you keep your cool and think the possibilities through logically, you can see some that don’t appear to be there at first. Eddie would panic, Dagny would tell him to quit panicking and she’d come up with a (temporary) solution. This guy just brings Dagny the latest news, sighs and rolls his eyeballs so we understand this is just more-of-the-same — heavy-handed regulation from the betters in Washington, Dilbert-pointy-haired-boss-management from James Taggart. Well, that much should be evident.

I would have kept the names of the three parts. They were named after Aristotle’s rules of thought. This one was just the first of the three, “Non-Contradiction” and I don’t know why it wasn’t called that.

My gal noticed Dagny seems to be wearing the same clothes all the time, and had a problem with that. My problem was with Dagny wearing clothes. Looks like another “pretty blonde blue-eyed gal who would look completely awesome naked, solves a mystery while wearing all her clothes”[3] thing. But that’s quite alright, that’s what the book’s about. Oh, and someone get Dagny a samrich. Why’s she a blonde? Where are her glasses? After 1,050 pages I read all those years ago, I can’t recall what exactly the book said about her appearance…my mind’s-eye got all busy with it and churned out something resembling the graphic you see to the right, of a typical librarian icon image, light on the implied fetishism. Someone seventeen years out of touch with her sexuality, all business, gliding through the marble and mahogany hallways of power with real executive confidence at a prim and proper 5′ 2″ but you just know you don’t want to get on her bad side. She’ll chew you up and spit you out if you tick her off; get her in the bedroom she’ll tear you up some different way. Both of these tempests are kept under lock and key under a covering that is mostly opaque. Mostly, but not all.

So Taylor Schilling didn’t deliver on this image exactly but she brought her A game to the acting. You know, that’s good enough. The skinny blonde chick is quite talented, and she delivered. My complaints about her, to the extent they could be called “complaints,” are insignificant and deal almost completely with the packaging & not the substance. The gal needed to bring more plumpness in the breast & thigh department — if she was a bucket of chicken rather than an actress bringing a role to life that’s been languishing 54 years waiting for the favor, maybe it would affect my final word. Oh well. Maybe more re-enactments will follow, and the next Dagny will bring some curvature to the character.

The above offers the only complaints I have — all Drama 101, movie-making stuff, and some taste disparities about costumes & casting. As far as getting the damn thing on the big screen, which has involved wait of a half a century, the project is a success. Directing was good, scenery was good, writing was mostly good. I’m looking forward to Part II. And the final scene deserves some extra props; it was everything I wanted it to be, and then some.

I’m hoping they’re taking a “whet the appetite” approach. First part 1:40, second part 2:00, third part 2:20…something like that. How long does it take to read all of the climactic speech in Part III? Three hours[4] (see answer 5.1). So yes, there is going to be some trimming going on all the way through…but you knew that already.

Cross-posted at House of Eratosthenes[5] and Washington Rebel[6].