A Pakistani immigrant who: allegedly beat his wife to death for making him the wrong dinner is attempting a cultural defense in his murder trial. [1]His defense attorney says Noor Hussein “culturally believed he had the right to hit his wife and discipline his wife.” 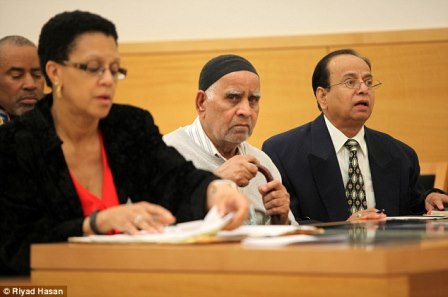 [2]
Is that supposed to be an excuse? Since when do: “cultural beliefs” trump: the law?: (Incidentally, I have a “cultural belief” that Muslim: wife-beaters should be deported.)

At the start of Hussein’s murder trial yesterday, a court heard the victim was left a ‘bloody mess’…She argued that Hussein, who met his wife in Pakistan before the couple married and moved to Brooklyn, is guilty of only manslaughter because he didn’t intend to kill her.In her opening statements at the Brooklyn Supreme Court bench trial, Clark said: ‘He comes from a culture where he thinks this is appropriate conduct, where he can hit his wife.

How about we ban anyone whose “culture” supports wife-beating into the country? What do they contribute to America? If we don’t, I can guarantee that these “cultural defenses” will eventually work: with jurors brainwashed by the PC police.