So the Attorney General of Pennslyvania set up a sting. : Some politicians, both Democrats and Republicans, are offered bribes by undercover agents. The Republicans pass. : Only Democrats accept the bribe. : Black Democrats, to be precise. : So clearly it was racist, or something:[1] 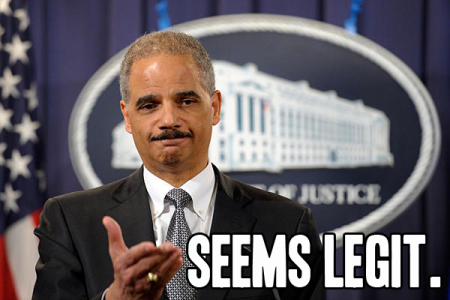 It started as a plea arrangement between a lobbyist arrested for fraud and the Republican attorney general of the state of Pennsylvania. And it ended not with a bang but a whimper by the new Democratic attorney general, who shut down the investigation without filing a single charge.

Philly.com[3]: quotes Attorney General Kathleen G. Kane, who took office in 2013, as telling the Inquirer that the investigation was: “poorly conceived, badly managed, and tainted by racism, saying it had targeted African Americans.”

The undercover sting, begun three years ago by Kane’s predecessor, Republican Tom Corbett, captured leading Philadelphia Democrats, including four local members of the state’s House delegation, on tape accepting money. The lobbyist who agreed to wear a wire and tape officials reacting to offers of cash and/or gifts is Tyron B. Ali, 40, who was arrested in a $430,000 fraud case.

“Sources with knowledge of the sting said the investigation made financial pitches to both Republicans and Democrats, but only Democrats accepted the payments,” said the Inquirer.

But it was racism that made them take the bribe.

What complete garbage. : It’s a coverup. : This woman should be investigated by Attorney General Eric Hold…

See also: : Man Sues Company for $2.5 Million for Not Pretending He Is a Woman