Call me crazy, but in a country rife with academic failure and depressing education statistics[1], the last thing we should be focusing on is getting more “sexperts” into the classroom. Naturally, Planned Parenthood disagrees.[2] 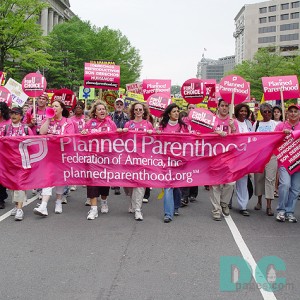 Elokin CaPece, education director for Planned Parenthood Greater Memphis Region, is “offering students the opportunity to become educators and advocates for sexual health and safety on college campuses throughout the MidSouth.”

How do these Planned Parenthood trained “sexperts” see their mission? “I just want everyone to do what they want as long as they’re safe and to destigmatize the idea that sex is bad or wrong, outside of the context of marriage,” a senior University of Memphis sexpert graduate says.

…In February 2009, to reach students from kindergarten through grade 12, CaPeche led in-service training for nurses from 40 Memphis City schools. The PPGMR website describes that training as “the culmination of years of efforts to reach out to MCS administration and the first step in developing a collaborative partnership that will ultimately benefit Memphis’s 110,000 city school students.”

Uh…I think the Planned Parenthood “sexperts” are a little late to the party. The:  mission of destigmatizing the idea that premarital sex is wrong has been accomplished already–so much so that a guy can hand out condoms in a penis costume in view of children.[4] And they think college students need professional help letting go of their prudishness and sexual hang-ups? What planet do these people live on?

Also see: The 15 Most Annoying Things About American Culture[5]