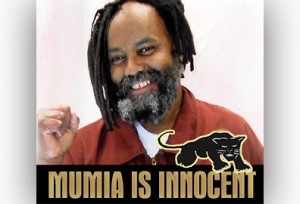 The nation’s largest police union is blasting President Obama for choosing an attorney who defended a cop murderer–and member of the radical Black Panthers–to head a key division at the Justice Department, the agency responsible for enforcing the law and defending the interests of the United States.

Obama’s nominee to be Assistant Attorney General for the Civil Rights Division at the Department of Justice (DOJ),: Debo Adegbile,[3]: spent more than a decade in various leadership positions–including director–at the Legal Defense and Education Fund of the National Association for the Advancement of Colored People (NAACP). During Adegbile’s leadership the NAACP volunteered its services to represent Mumia Abu-Jamal, a member of the Black Panthers who murdered a police officer (Daniel Faulkner) in Philadelphia three decades ago.

Abu-Jamal was sentenced to death by the jury that: convicted him: [4]in 1982 and his supporters–including the man who could soon be an Assistant Attorney General–have long claimed that he was the victim of a racist legal system. Nevertheless, Abu-Jamal has lost multiple appeals and the U.S. Supreme Court has twice rejected his case. In 2012, under the leadership of Adegbile, the NAACP’s Legal Defense and Education Fund represented Abu-Jamal in his: latest appeal: [5]to the Pennsylvania Supreme Court. The cop murderer lost that one too, but the fact remains that Adegbile continues fighting on his behalf.

Here’s the hard truth: leftists like Obama don’t care about cops. : They care about the movement.

That’s it. : Does the choice help the movement? : Yes.

Then forget the police.

Every other “protected class” needs to realize that. : The day you step outside the collective ideologically is the day you die to them.