The question from the poll: “Do you think the Obama administration is more or less competent than the George W. Bush administration?”

In addition, a few more items from the poll: “Has the Obama administration made America stronger or weaker?”

And finally: Do You Approve or Disapprove of the Job Barack Obama is Doing as President?

So, if the question is… 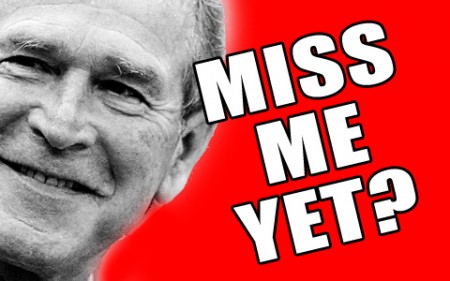 Then the answer for a majority of Americans is, “Yes. Yes, we do.”

See also: : “Mr. President, You Are My Commander-in-Chief. Get Me Out of Jail.” Marine Rotting in Mexican Prison For Making a Driving Mistake Pleads With Obama to Free Him Like He Did Bergdahl: