The corrupt American media can go into hyper-spin mode all they want.:  The truth of the matter remains President Obama as the so-called leader of the free world has been reduced to a mere spectator in world events.:  It’s humiliating that the United States has been reduced to this by such an amateurish performance by a U.S. president.: :

Putin, seen by Iran’s clerical establishment as a strong opponent to America and the West – especially after his successful political play on averting a U.S. missile strike on Syria – was approached by Iran to protect the Islamic regime in the face of continued pressure by the West over its illicit nuclear program. Russia and the U.S. reached agreement Saturday[4] to take control of Syrian President Bashar Assad’s chemical weapons arsenal by mid-2014. 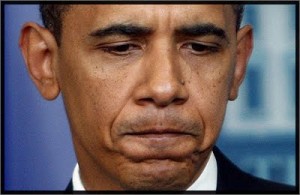 [5]Fars, the media outlet run by Iran’s Revolutionary Guards, said Putin will soon travel to Tehran, although details of the trip have yet to be announced. Fars said Iranian President Hassan Rowhani issued the invitation to Putin on Friday while both leaders were attending the Shanghai Cooperation Organization summit in Bishkek, Kyrgyzstan. Putin’s spokesman, Dmitry Peskov, said the Russian president accepted.

“Russia could possibly take new steps in solving the Iranian nuclear dossier,” Rowhani said. “The Russian initiative in relation to the Syrian chemical weapons and the steps taken by the Syrian officials provide this hope that a new war can be averted in the region.”

“Russia looks at Iran like a good neighbor,” Putin was quoted as saying. “I am very happy meeting the new Iranian president and personally congratulate him for his [recent presidential] victory. … We are aware of the opinions on the world’s stage in relation with Iran’s nuclear program; however, we have to also consider that Iran is our neighbor, a good neighbor.”

The corrupt American media that worships the ground Obama walks on will probably try and spin this as one less foreign policy headache for the president.:  But, the reality is Russia and Iran already has close ties.:  Russian wouldn’t mind if Iran develops nuclear weapons in the first place.:  Candidate Obama in 2008 said Iran getting nuclear weapons would a game changer.:  Well, Vladimir Putin is changing the game in front of Obama’s face!: : :