Ralph Nader says[1] it’s time to file the articles of impeachment on Obama: 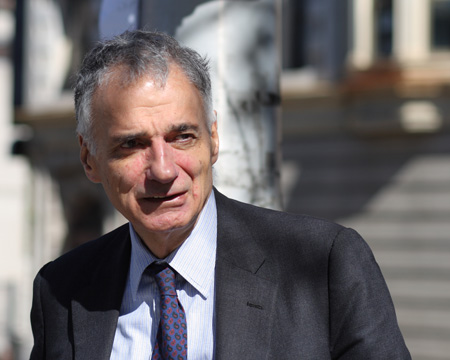 When it comes to the current president, Nader said that Obama has violated the Constitution on several occasions and should be impeached.

“Oh, most definitely,” Nader said when asked if Congress should bring forward articles of impeachment against Obama. “The reason why Congress doesn’t want to do it is because it’s abdicated its own responsibility under the Constitution.”

Congress, and I’m not limiting this to the Senate, has surrendered its power to the presidency.

sad to say, in seizing on the war in Libya as an especially egregious example of Obama’s executive power grabs. Not only was that: illegal according to O’s own lawyers[4], but Congress’s passivity may have emboldened Obama later to defy federal statutes on domestic subjects too, like ObamaCare. They wouldn’t sue him under the War Powers Act for fear that, if the courts sided with them, it’d not only spark a constitutional crisis but any ensuing brutality in Libya would be laid squarely on the GOP for having tied the military’s hands. They wouldn’t sue him over ObamaCare because the politics of winning would have been terrible for them – the employer mandate would have been enforced, canceled plans would have stayed canceled, deadlines would have been strictly policed, and Obama shamelessly would have blamed Republicans for all of it. Needless to say, if they’re afraid to sue, they’re certainly not about to impeach the first black president, even if arguably the most famous progressive in America is on their side.

Is impeachment would be a bad move? : Is it better to wait until 2016 and try to reverse the damage that he’s done?