OBAMACARE SCREW-UP: Rand Paul’s Son Signed Up For Medicaid Without His Permission

Earlier today, Sen. Rand Paul (R-Kentucky) displayed his son’s Medicaid card. : Sen. Paul has been trying to enroll his son through the Kentucky exchange, but was signed up for Medicaid instead[1]. : That wasn’t the intention since the senator is trying to pay for his son’s insurance. : Paul tried to correct the mistake, but to no avail.

“For a month they wouldn’t talk to him because they said they weren’t sure he existed. He had to go down to the welfare office, prove his existence, then next thing we know, we get a Medicaid card.” 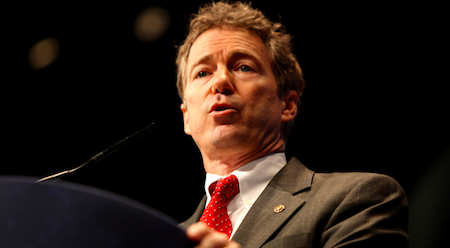