New York’s Senate spoke for the people who pay them, the people who voted for them and for the rule of law when they voted down the DREAM Act, a move with motivated Rep. Charlie Rangel to ratchet the rhetoric up to 10[1]: 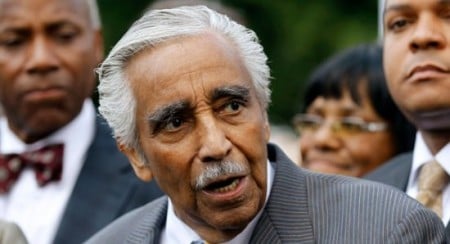 Congressman Charles B. Rangel issued the following statement after: the New York Senate failed to pass the Dream Act, a bill providing state financial aid for college for the children of illegal immigrants:

“I: am disappointed that: the New York State Senate, once again, failed to pass the DREAM Act. : The fate of many of my constituents in Manhattan and the Bronx depends on the enactment of this bill.:  Our current immigration system denies some of the best and brightest students in the nation the chance to help America maintain its greatness. Many of them may have arrived here illegally by their parents, but they salute the Stars and Stripes and America is the only home they know. They deserve the same opportunity to contribute to our nation as Americans.

America is a land built by immigrants. Every day I am astounded by the positive impact that immigrants make in our District and across the United States. As one of the earliest co-sponsors of the DREAM Act when it was first introduced in 2001, I will continue to fight for its passage in Congress to ensure a better future for our immigrant families and of our country.: I urge the State Senate to stop crushing the dreams of immigrant children in pursuit of success.”

Look, I get the idea of how kids who crossed the border when they were babies and grew up in America need the opportunity to go to college. : They are, for all intensive purposes, Americans. : They just don’t have the paperwork to show it.

But that doesn’t mean we just go ahead and say, “What the heck? Let’s just forget about the law and look the other way on citizenship.”