Whenever people say that drugs are bad, they probably have someone like Andre Johnson in mind. The rapper recently made headlines for cutting off his own penis before jumping out of a window, and explains the reason he did it: because he’s actually a god. 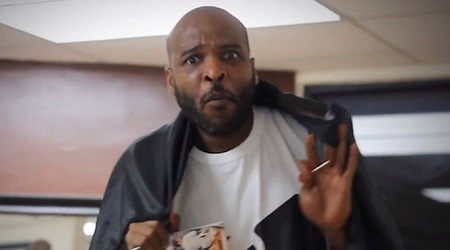 “Yes, I was using drugs that night, but I was in complete control,” the rapper told the celebrity-gossip outlet. “I cut it off because that was the root of all my problems. My solution to the problem was the realization that sex is for mortals, and I am a god… Those kinds of activities got me into trouble, and I came here to be a god.”

… “People perceived me as crazy, so I never wanted to speak wholeheartedly on the matter,” he told E! News. “But now, in retrospect, the truth must be told.”

The rapper, who said doctors were unable to reattach his genitalia, said he was not trying to kill himself, as initially suspected.

“I didn’t want to kill myself,” Johnson said. “That was just my response to the demons. They were doing their best to get to me, but being alive solidified my thoughts. … I’m alive, penis or no penis.”

People might perceive him as crazy because sane people don’t cut off their genitalia, leap out of windows, and claim they did so because they’re a “god”. And while sex evidently gets him in trouble, drugs that cause him to castrate himself and jump out of windows don’t? Yeah, this guy’s a bastion of sanity.