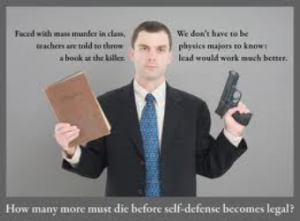 What happened last week in Newtown, CT was an absolute tragedy. A deranged gunman killed 26 people including 20 children before cowardly turning the gun on himself. Twenty children’s lives filled with promise and opportunity came to a violent end. When we send our children off to school we never think to ourselves is this the last time I will see my son or daughter alive? No parent ever thinks about that scenario. However it does happen and it did happen once again. It is every parent’s worst nightmare and one that needs to stop.

So while the friends and families of the victims are grieving, they and almost everybody else is asking the 64,000 dollar question. Why did this happen again? Unfortunately this is not the first time this has happened; but it could be the last time if we take the right measures.

From the Jonesboro boys to the Columbine duo to the Virginia Tech Massacre our schools and universities have become favorite targets of deranged gunman. Like fishing in a barrel with dynamite these killers know that elementary schools, high schools, and universities all have one thing in common. They are easy targets. These gunman know that these locations are typically located in gun free zones that present a minimal chance of an armed resistance.

Instead of us focusing on why these things happen we should instead focus on how to prevent them. We may never know the reasons why these lunatics do what they do. We can speculate, we can argue, we can debate. The only people that truly know why are the perpetrators themselves. The problem is most of the time these folks kill themselves and with them their motives for doing what they did.

So let’s focus on the how.

Every time a tragic event such as the Sandy Hook school shooting occurs, the media, the politicians, and the anti gun lobbyists turn on the second amendment. They say guns are the problem and we need to enforce strict gun control laws. The truth is, guns in the hands of law abiding citizens is what has and will continue to keep this nation free and safe. There has been countless stories of armed citizens preventing and even stopping crimes from taking place. If you take away the guns from the good guys than the only ones who will have them are the bad guys, and that doesn’t make much sense.

One only needs to study history to see that gun control leads to tyranny, murder, and control of the people. Adolph Hitler, Joseph Stalin, and Mao Zedong all took guns away from their people and as a result murdered and slaughtered millions of unarmed civilians. For more on this read this article: http://www.examiner.com/article/an-armed-society-is-a-polite-society-1[2]

So how do we prevent these school shootings from happening?

The answer is controversial, but necessary. The solution to preventing gun violence in schools is to allow the teachers and school administrators to be armed. If more teachers, professors, and administrators were armed on school grounds it would create an environment of fear rather than opportunity in the minds of these school shooters. They would think twice before trying such a brazen act like storming a school to shoot innocent students.

Some might be reading this and thinking guns in school? Is this guy crazy? Well which is worse a deranged lunatic shooting up an unarmed school or a trained and skilled teacher preventing the deranged gunman from killing their students?

We all heard about the stories of the many heroes from last weeks shooting. There was the story of the teacher who hid her students in the closet before she was killed. There was the principle who tried to stop the gunman, and the person who announced over the loud speaker that there was a gunman on the loose in the school.

Imagine if all three of those heroes were armed. The headlines might have been very different and the outcome far less tragic. Hero teacher saves countless lives by killing gunman. Principle of elementary school shoots and kills armed assailant, prevents another school tragedy. Those headlines sound a lot better than armed gunman kills 26 unarmed people, including twenty children.

Arming teachers alone will not stop school shootings entirely. There will have to be additional measures taken as well. Having surveillance cameras inside the classrooms that show every single possible entry point into the school is also a necessity. Another suggestion would be a requirement for plainclothes officers to be on school grounds during school hours. Yet another suggestion would be to have a silent alarm button like tellers have at the bank that alerts the authorities immediately when there is such a threat.

What happened last week in Connecticut is just another example of why gun free zones are a bad idea. If more people were armed there would be less gun violence, not more. There are numerous other steps we can take to make our schools safer and less prone to random acts of violence. Arming our teachers and school administrators is the first step in that process.
..

Suggested by the author:
Are we still a center right country?
The fiscal cliff could be the country’s cure
How to end the class warfare argument
Amnesty, Card Check on Obama’s wishlist in second term
Obamacare is bad for business and your health