Report: House Oversight Committee Will Move To Hold Lois Lerner In Contempt As Early As Next Week 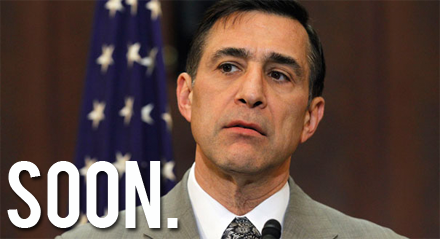 The House Oversight Committee could vote to hold former IRS official Lois Lerner in contempt of Congress as early as next week, a GOP lawmaker on the panel told POLITICO on Thursday.

The Oversight Republican said the vote against Lerner, who formerly ran the IRS exempt organization unit and acknowledged the agency gave extra scrutiny to tea party nonprofit groups, was uncertain of the exact date.

The panel is planning an “announcement on the contempt process for Lois Lerner sometime today,” said a committee aide.

Lerner, a key figure in the tea party targeting controversy that scarred the agency last year, has been under the threat of contempt for more than a month after she again invoked her Fifth Amendment right not to testify at a hearing in March.

Panel Republicans argue that Lerner waived her right not to testify after she gave a brief statement during a hearing on the matter last year.

After talks with her lawyer to smooth the way for her to testify fell through, Oversight Chairman Darrell Issa (R-Calif.) said they would move forward with contempt —: a move which could force an outside court to compel her to testify.

She had a chance to cooperate. : She chose not to.

Let’s find out why.

See also: : Evil: Middle-aged man ‘held hostage in his home and tattooed with dozens of racial slurs and images’