Report: Iran may be month from a bomb: Wag the Dog play for Obama to distract away from bad ObamaCare News?

I smell a “Wag the Dog” scenario!:  All of a sudden out of nowhere we get this report about Iran being a month away from having a nuclear weapon during a bad media barrage of catastrophic ObamaCare rollout?:

What great way for Obama to change the subject and bomb Iran.:  Pay close attention to this.: : :

USA Today[1] reports ran could produce enough weapons-grade uranium to build a nuclear bomb in as little as a month, according to a new 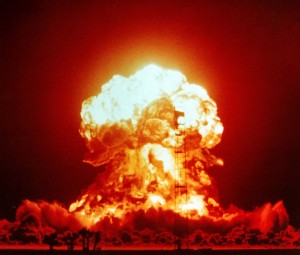 [2]estimate by one of the USA’s top nuclear experts.

The new assessment comes as the White House invited Senate staffers to a briefing on negotiations with Iran as it is trying to persuade Congress not to go ahead with a bill to stiffen sanctions against Iran.

“Shortening breakout times have implications for any negotiation with Iran,” stated the report by the Institute for Science and International Security. “An essential finding is that they are currently too short and shortening further.” 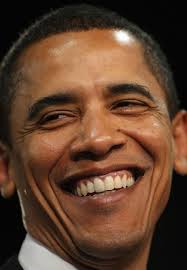 [3]David Albright, president of the institute and a former inspector for the U.N. International Atomic Energy Agency, said the estimate means that Iran would have to eliminate more than half of its 19,000 centrifuges to extend the time it would take to build a bomb to six months.

The Obama administration has said Iran is probably a year away from having enough enriched uranium to make a bomb. Requests for comment from the National Security Council and the State Department were not answered.

The timing of this story is a little too convenient.:

Originally published at The Last Tradition [5]