But remember, the border is more secure than ever, or something: 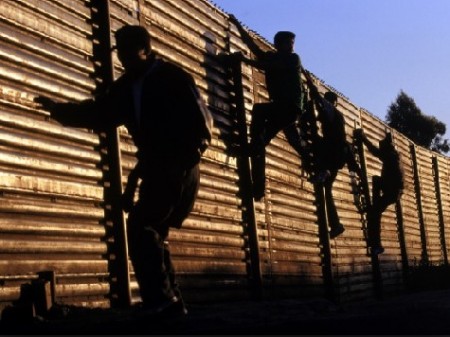 A leaked intelligence analysis from the Customs and Border Protection (CBP) reveals the exact numbers of illegal immigrants entering and attempting to enter the U.S. from more than 75 different countries. The report was obtained by a trusted source within the CBP agency who leaked the document and spoke with Breitbart Texas on the condition of anonymity. The report is labeled as “Unclassified//For Official Use Only” and indicates that the data should be handled as “Sensitive But Unclassified (SBU).”

The report reveals the apprehension numbers ranging from 2010 through July 2014. It shows that most of the human smuggling from Syria and Albania into the U.S. comes through Central America. The report also indicates the routes individuals from North Africa and the Middle East take into the European Union, either to illegally migrate there or as a possible stop in their journey to the United States. The data are broken down further into the specific U.S. border sectors where the apprehensions and contact occurred.

Among the significant revelations are that individuals from nations currently suffering from the world’s largest Ebola outbreak have been caught attempting to sneak across the porous U.S. border into the interior of the United States. At least 71 individuals from the three nations affected by the current Ebola outbreak have either turned themselves in or been caught attempting to illegally enter the U.S. by U.S. authorities between January 2014 and July 2014.

Read the rest and see the report here.[2]

Someone explain to me how the border is more secure than ever if this is going on?

Answer? It isn’t. Obama is lying to us.

But then, when isn’t he?