Rick Perry: “Our Troops Deserve Better Than Being Used as Political Pawns” By Obama

Texas Governor Rick Perry isn’t happy with President Obama’s plan to gut the National Guard, and his reasoning is sound. : For him, it’s not about politics. : It’s about the safety of fellow Texans:[1] 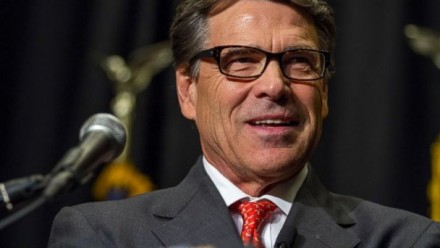 As commanders in chief of our respective National Guards, it’s our responsibility to keep our citizens safe and secure, and the president needs to hear our input.

Mr. Obama must understand the key role they play in domestic emergency response. In Texas, for example, our National Guardsmen have responded to at least 23 hurricanes across the Gulf Coast over the past decade, including Hurricane Katrina in Louisiana. They’ve helped Texans through 36 floods, 23 winter storms and 64 wildfires, including some of the worst in recent memory.

Perry continued, saying even as a cost saving measure, the cuts were “penny-wise and pound-foolish.”

The: National Guard[3]: has proved over and over again that it is the most cost-efficient way to maintain a force of experienced, capable fighting men and women. The: Guard[4]: can be maintained at one-third the cost of active-duty personnel, and – again – serves as a vital component of emergency response in states across the country, saving lives and mitigating the costs of disasters.

Cutting the: National Guard[3]: also means letting go thousands of our most capable warriors, which would reduce our ability to respond to a national crisis or major terrorist attack.

Perry isn’t the only governor with concerns. : Gov. Tom Corbett released a letter signed by all 50 governors[5] opposing the cuts.

When it’s this cut and dry, Obama would have to be completely tyrannical to go ahead with the cuts.

So, yeah, I expect him to make the cuts.