You have the freedom of speech, as long as the words you use are approved and found in the NEWSPEAK lexicon. War is peace: 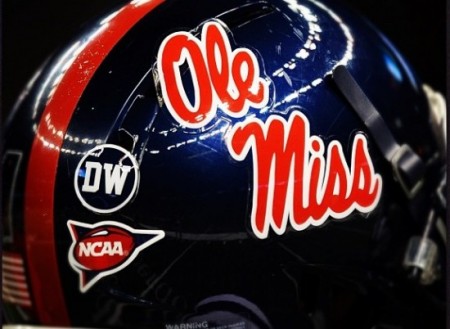 The University of Mississippi will require university officials to use discretion when identifying the school as “Ole Miss” because it could be understood as a racist nickname.

“UM’s longstanding nickname is beloved by the vast majority of its students and alumni,” says a statement from Ole Miss. “But a few, especially some university faculty, are uncomfortable with it. Some don’t want it used at all and some simply don’t want it used within the academic context.” […]

And some people are idiots. Let’s bow to them because those sheep bray the loudest:

Dan Jones, Ole Miss’ chancellor, told The Daily Mississippian a new chief diversity officer would work with the provost to offer guidance to UM Communications about its usage of the school’s nickname. Jones also mentioned the statue of James Meredith, the first black student to enroll at the school, when talking about the university’s new comprehensive action plan to increase diversity and inclusion. Earlier this year, a fraternity at Ole Miss reportedly closed after three members were accused of tying a noose around the neck of the Meredith statue.

Emma Jennings, a student at Ole Miss, told The Daily Mississippian she wrote an open letter to Jones questioning the university’s plan as a response to the Meredith statue incident. As a result, she said she has been called racist. “Does changing our email address URL from “olemiss.edu” to “umiss.edu,” promote diversity?” Jennings wrote in the letter. “Or does it suggest that we are a school that is ashamed of itself and ashamed of its past? While the University of Mississippi has a history that we may not be proud of as modern Americans, the best approach is not to do what we can to erase the past.”

For those who haven’t read Nineteen Eighty-Four, you might not get the reference above. The book was written by George Orwell, who knew all too well why leftists wanted to control the language. From the book:

“Don’t you see that the whole aim of Newspeak is to narrow the range of thought?… Has it ever occurred to you, Winston, that by the year 2050, at the very latest, not a single human being will be alive who could understand such a conversation as we are having now?… The whole climate of thought will be different. In fact, there will be no thought, as we understand it now. Orthodoxy means not thinking-not needing to think. Orthodoxy is unconsciousness.”

See what I mean?