To this day Hillary Clinton, who has a delusionary idea she’s qualified to be president, has yet to answer for her incompetence as secretary of state.:  This was the highest office she’s ever held in her life and the evidence has come in 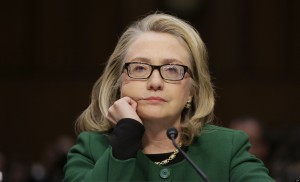 Rand Paul got it right when he confronted Hillary with the truth.:

Washington Post[2] reports a long-delayed Senate Intelligence Committee[3] report released Wednesday faulted both the State Department and the intelligence community for not preventing attacks on two outposts in Benghazi, Libya, that killed four Americans, including a U.S. ambassador, about 16 months ago.

The bipartisan report laid out more than a dozen findings regarding the assaults on a diplomatic compound and a CIA annex in the city. It said the State Department failed to increase security at its mission despite warnings, and blamed intelligence agencies for not sharing information about the existence of the CIA outpost with the U.S. military.
The committee determined that the U.S. military command in Africa didn’t know about the CIA annex and that the Pentagon didn’t have the resources in place to defend the State Department compound in an emergency.

“The attacks were preventable, based on extensive intelligence reporting on the terrorist activity in Libya – to include prior threats and attacks against Western targets – and given the known security shortfalls at the U.S. Mission,” the panel said in a statement.

The report also noted, chillingly, that the FBI’s investigation into the attacks has been hampered in Libya, and that 15 people “supporting the investigation or otherwise helpful to the United States” have since been killed in Benghazi. The report said it was unclear whether those killings were related to the investigation.