Well, Pelosi said we’d have to pass Obamacare to find out what was in it. : I figured that was a warning. : I was right:[1] 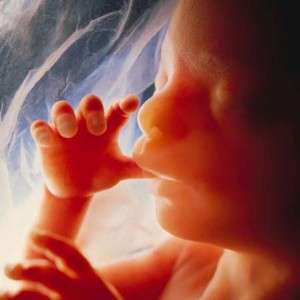 Consumers signing up for insurance in an Obamacare exchange won’t find a single sentence telling them that they will pay at least $1 a month to fund abortions.

“The president promised when the health care bill passed that it would not cover abortion. We knew that was an empty promise as the bill stipulated a $1 a month surcharge for plans that covered abortions,” said: Rep. Joe Pitts, R-Pa., who chairs the House’s Energy and Commerce subcommittee on Health. “On top of that … it’s near impossible to decipher which plans include abortion and at what cost!”

To fix this, a House bill will be introduced this week to demand full disclosure and a separate itemized premium. It also will prohibit federal subsidies for Obamacare insurance plans that cover abortion. That bill, HR-7, or the “No Taxpayer Funding for Abortion Act,” will be introduced by House Majority Leader: Eric Cantor.

On Oct. 9, Rep. Chris Smith, R-NJ, introduced a bill on the disclosure issue, which now: has: been folded into the broader HR-7. Smith is co-chairman of the Bipartisan Congressional Pro-Life Caucus.

Good luck. : Even if it passes the Senate, does anyone honestly think President Obama would sign this?