Senator Jeff Sessions (R-AL) has been a major thorn in the side of the Obama administration and other amnesty supporters. Last week, he once again made it clear just how terrible the administration is with regards to the rule of law, especially on immigration[1] (via CNS News): 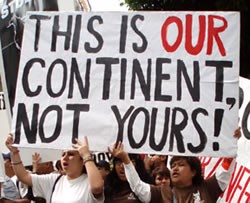 Sen. Jeff Sessions (R-Ala.) said today that Americans need to stand up to “a deliberate plan by the president of the United States” to collapse the nation’s law enforcement system regarding illegal immigration.

In a Senate speech, Sessions said:

“Our law enforcement system is in a state of collapse, and it’s a deliberate plan by the president of the United States, and it’s wrong. And, people need to be aware of it and need to stand up to it and I believe the American people are beginning to do so.”

“So, you come into the country illegally and the attorney general of the United States declares that these individuals have a civil right to amnesty. How can this possibly be: the chief law enforcement officer in America?

Despite pressure from his Republican colleagues in both the House and the Senate, as well as amnesty-backing statements from people like Jeb Bush, Sessions has refused to bow his head to breaking the law — whether that’s law-breaking by the administration or immigrants. If only more Members of Congress had his principles and political courage.

See the above statements, as well as others, at the video below:

The 25 Stupidest Liberal Quotes Of The Last Decade[4]