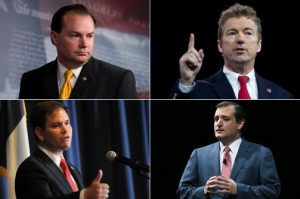 The 19 who voted against cloture including Sems. Ted Cruz, Mike Lee, Marco Rubio, and Rand Paul are the true conservatives who wanted to defund ObamaCare.:  The RINOs have been exposed and voters should act accordingly at the ballot box.: : :

Originally published at The Last Tradition [2]