I know it’s God’s job to judge, but I hope he’ll excuse my assessment that this guy is a bit of a grifter:[1] 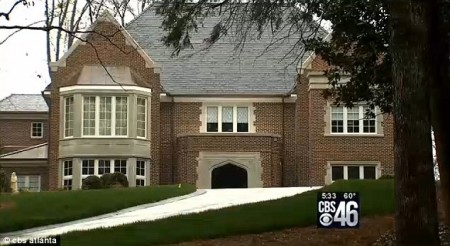 The Archbishop of Atlanta’s Roman Catholic Diocese has been put on the defensive after it was revealed he built a multimillion dollar mansion for himself using church funds.

Archbishop Wilton Gregory’s $2.2million, 6,000-plus square foot palace has become a point of contention among parishioners saying it diverges from the example set by Pope Francis to live humbly.

How about the example Jesus set?

It was built using the proceeds from selling Gregory’s previous home, the spokesperson claimed, but that has not made it any less controversial.

‘The money could be better spent on parishes that don’t have that money, for children who need help going to Catholic schools,’ Laura Mullins told CBS Atlanta.

‘We have to be very careful how we use our money to make sure that it’s used in the most purposeful way for the least among us,’ she added to WXIA.

How many people could live in that manse?

Time to sell it, move into a smaller home and set up the soup kitchen.

Or you could just justify your lavish living while preaching about how the meek will inherit the Earth.