Besides being a charlatan, a tax cheats, a race hustler, a racial shakedown artist, an MSNBC host and a recently revealed government informant to keep his black ass out of jail, Al Sharpton gets to be all those thing because he serves a vital function for the Democrat Party.: 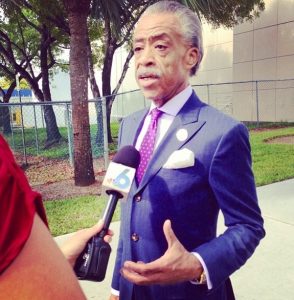 [1]He gets to sit at the table with Democrat power elites because Al is the guy that tell black people that Republicans are the enemy and only the Democrats and their precious government programs are needed to make life fair.: : : :

Sharpton doesn’t have to pay taxes like the rest of us.:  He doesn’t have to worry about the IRS knocking at his door as long as he tells blacks to vote Democrat.:  And if he’s ever short for cash and wants to broker a drug deal, it’s all good.:  President Obama doesn’t mind and Attorney General Eric Holder still invites him over for barbecue.