I think it’s redundant to put “socialist” and “Democrat” in the headline, especially when you see the Dems that invited al-Qaeda, but maybe I’m a purist.

Either way, it’s like the enemy inviting the enemy[1]: 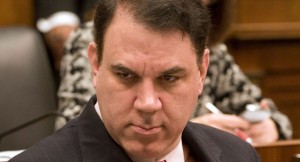 The representative of a human rights group headed by a designated al Qaeda terrorist was denied a visa by the State Department after being invited by congressional Democrats to discuss drone strikes.

Ahmady, who also: serves[4]: as a top official in an al Qaeda-linked Yemeni political party, did not attend because of visa issues. The State Department said it could not comment on visa matters.

Schakowsky’s office referred questions to Grayson and Lee, saying the other offices led the briefing.

Those three are left of Lenin and like America less.

No surprise they’d invited those who root for dead Americans.