This is a teachable moment about the true nature of progressives everywhere in the United States.:  They love to talk about reaching across the aisle and doing things in a bi-partisan way.

It’s all a bunch of B.S. because the only kind of reaching across the aisle they believe in is when you acquiesce to them.:  So what’s happening with these clowns in the Annapolis City Council is JUST PROGRESSIVES BEING PROGRESSIVES.: : : : :

CBS Baltimore[1] reports days after a Republican was elected mayor of Annapolis, City Council members say they will revisit legislation that would strip the mayor’s office of 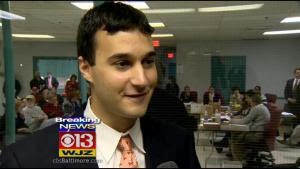 [2]much of its power

Democratic Alderman Ross Arnett of Ward 8 tells The Capital he will introduce a charter amendment to move Annapolis to a council-manager style of government. The city manager would report directly to the City Council, not the mayor.

Under Arnett’s legislation, the mayor’s post would be largely ceremonial. The mayor would retain a single vote on the council. Arnett says the change would stabilize the city’s management.

If the measure is approved, it would mean the Democratic-dominated council would be removing the powers of the first Republican mayor elected since 1997.