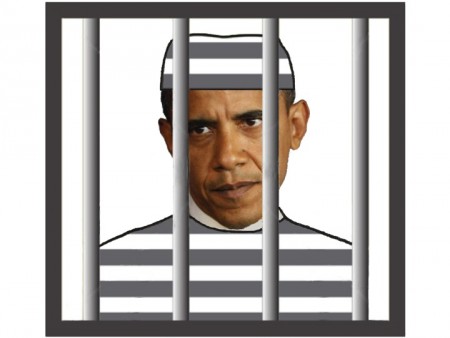 The state’s Republicans passed a resolution during their June 21 state convention, which called for the impeachment of the president.

The resolution claims that President Obama has “violated his oath of office in numerous ways,” specifically citing the exchange of five senior Taliban officials for Sgt. Bowe Bergdahl without congressional notification or oversight.

Obama’s statement that people would be allowed to keep their insurance companies under Obamacare, as well as his recent EPA regulations on power plants were also key issues.

“Therefore, be it resolved that the South Dakota Republican Party calls on our U.S. Representatives to initiate impeachment proceedings against the president of the United States,” reads the resolution.

Allen Unruh of Sioux Falls was one of the resolutions sponsors. “I’ve got a thick book of impeachable offenses of the president,” Unruh said. He called on South Dakota Republicans to “send a symbolic massage that liberty shall be the law of the land.”

A retired Marine from Butte County, Larry Klipp, agreed, saying that matters have gone beyond mere political disagreement with Obama.

“If anyone in this room cannot see the horrendous, traitorous scandals run by the Obama administration, I will pray for you,” he said.

Delegates voted 191-176 in favor of the resolution.

Representative Kristi Noem, South Dakota’s lone member of the House of Representatives, was cool to the idea. “The best way for Congress to hold the president accountable is to continue aggressive committee oversight and investigations into the administration’s action like the ongoing VA scandal, the targeting of conservative groups by the IRS, Benghazi, and the recent Taliban prisoner exchange,” said Noem’s spokesperson, Brittany Comins.

If the House does vote to impeach Obama, the Senate would then rule on the validity, which would then require a two-thirds majority in the Senate to remove Obama.

I’m sorry if this goes against the grain, but what good is this?

Harry Reid isn’t going to do anything in the Senate and if Republicans take the Senate this November, impeachment only rallies the left for 2016.

So we sacrifice a possible victory in 2016 for this?

Take back the Senate and use the power of Congress to push back against his agenda. That’s the play.

Convince me that I’m wrong. I’m willing to listen.

See also: 5 Ways Obama Has Destroyed The Rule Of Law In America[3]

5 Structural Problems That Are Destroying America[5]